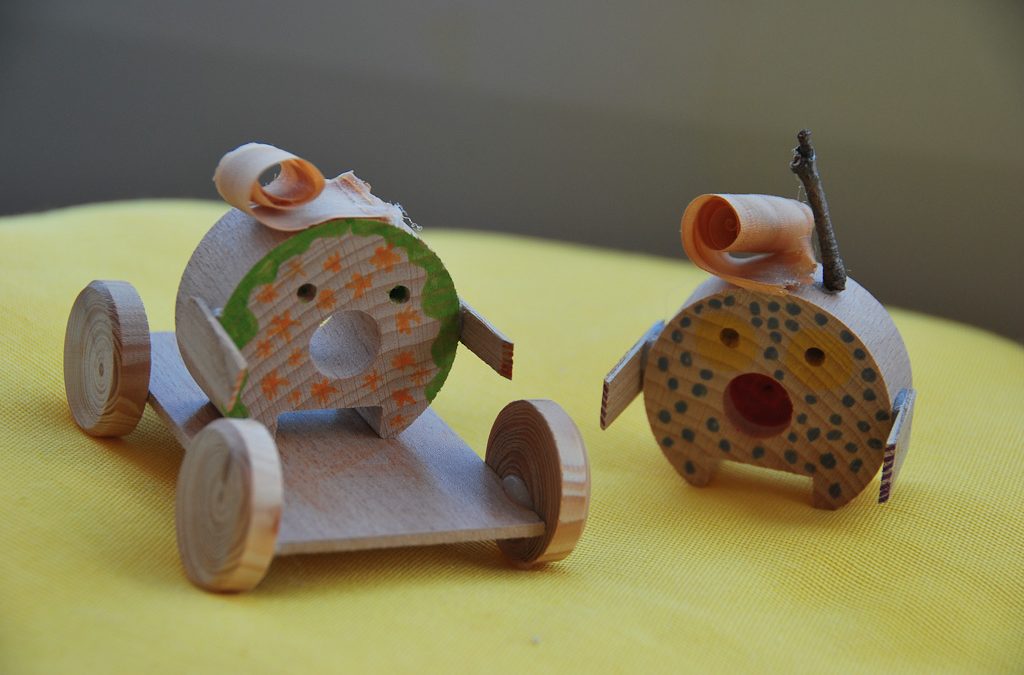 My name is Rastislav Geschwandtner and I teach an after school Tinkering Class at the Elementary school of Maria Montessori in Bratislava. Every Friday after school we design and built stuff. We do a lot of woodworking, using saws, drill, glue guns, … We managed to do a number cool projects with kids over the past year. However, one thing that we somehow always lacked was time. If only we had a little bit more of that. We often had to leave the project unfinished for the day. That one hour Friday afternoon is simply not enough for any more serious project where kids could fully unleash their creativity.

So, I was thinking how to create an opportunity for children to design and built something large with their own hands and their own wits and experience the joy of discovery and skill building in the process. How to let them experience the feeling of deep satisfaction and pride for accomplishing something that may have seen incredibly difficult or even impossible. After consultations with Jana and Pavla we have decided to organize a summer workshop called Skola majstrovania (Tinkering School).

Gever Tulley, who spent a week with us at the occasion of his coming to talk at TEDxBratislava started his Tinkering School with just a few kids in his family house. I though it’s actually quite a good idea. Jana’s parents have a house in Kuchyna in the south west west of Slovakia (just 30 min from Bratislava). I have my weekend woodshop there and the house has a yard and a big garden with chicken, ducks, rabbits  cats and a dog. Pavla has her play house there. We will spent most of the time outdoors, weather permitting, or find shelter in the woodshop, if need be. Skola majstrovania will become a reality on August 13, 2012. There will be two sessions with the total of 15 kids – mostly kids that attend my Tinkering Class. Follow our daily blog from Monday. During the year the kids created some amazing stuff at the after-school Tinkering Class. If they can do this in one hour …

… let’s see what can they do if we give them a week? See for yourself in the next couple of days.